<
ANNIE SEATON AUTHOR
Each of these books are currently available in print from Annie's store: https://www.annieseaton.net/store.html
And on all eBook sites. 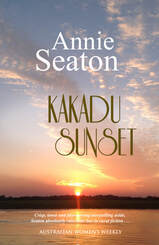 Helicopter pilot Ellie Porter loves her job. Soaring above the glorious Kakadu National Park, she feels freed from the heavy losses of her beloved family farm and the questions around her father's suicide. But when a search-and-rescue mission on the boundary of the older property reveals unusual excavation works, Ellie vows to investigate.
The last thing she needs is her bad-tempered co-pilot, Kane McLaren, interfering. The son of the current owners of the farm, her attraction to him is a distraction she can't afford, especially when someone threatens to put a stop to her inquiries - by any means necessary.
Ellie will have to trust Kane if she is to have any hope of uncovering the truth of what is really going on. Between Ellie's damage and Kane's secrets, can they find a way to open up to each other before the shadowy forces shut her up... for good? 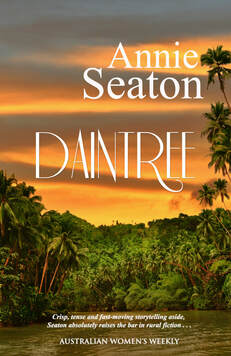 The Daintree breeds survivors, those who can weather the storms, heat and floods that come hand-in-hand with its beauty. Doctor Emma Porter is one such survivor, dedicated to her patients and to preserving this precious land where she has made a home.​
Emma's quiet life is disrupted when Doctor Jeremy Langford starts working at the hospital, bringing back painful memories: Jeremy was her first love and embodies all that she left behind in Sydney. Jeremy has demons of his own, however, and the tight-knit community of Dalrymple seems to promise the peace he has been looking for.
But while some come to the Daintree to find shelter, others are here to exploit the rainforest's riches. And they will stop at nothing to get their hands on its bounty. 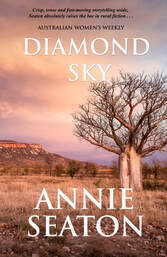 The Kimberley can be a haven for those who can stand the heat, but its isolated beauty can also be deadly, if you're not paying attention...
The remote Matsu diamond mine in the Kimberley is the perfect place for engineer Dru Porter to hide. Her insignificance in that vast and rugged landscape helps her feel invisible. And safe. Surely the terror she left behind in Dubai will never find her here.
Security specialist Connor Kirk knows from experience that beautiful women are capable of treachery. When he arrives at Matsu to investigate a diamond theft, he immediately suspects the reclusive but obviously capable Dru Porter. He knows she's hiding something.
As Connor's investigation deepens and Dru's past catches up with her, their instant, mutual dislike threatens to blind them to the true danger lurking in the mine, one which could leave them both at the mercy of the desert... 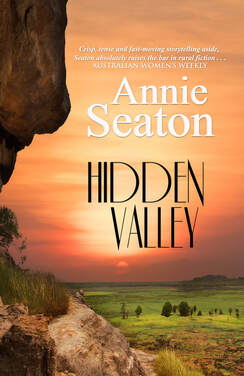 Happily working on her family’s macadamia farm in the rolling hills of northern New South Wales, Dee Peters receives an enigmatic letter hinting of family secrets, and the prospect of her inheriting a cattle station in the Northern Territory outback. Torn in many directions: the request that she meet with a solicitor in Darwin, the evasive behaviour of her parents and the opposition of family friend and her—almost—fiancé, Rodney Andrews, Dee’s contented life is suddenly thrown into turmoil.
The last thing she expects is to inherit a sprawling cattle station in the rugged outback, but she travels to the Territory to find the truth of the inheritance. Intrigued by the vague hints of the elderly solicitor, Dee decides to stay on the station for six months while she attempts to make sense of the past.
Ryan Carey has managed Wilderness Springs cattle station since his father died suddenly. Devastated when he discovers the property has not been bequeathed to him, the last thing Ryan expects is the arrival of a woman, and one who is keen to take over the running of the property. With reluctance, he agrees to work with Dee, but as she tries to make sense of why the property was left to her, a chilling secret from the past will shock them both.
As Dee and Ryan attempt to uncover the secrets of Wilderness Springs, it soon becomes very clear that someone will do anything to stop them discovering the truth. Set in the harsh countryside west of Kakadu National Park, this is a thrilling mystery about hidden family secrets and finding love in the harsh Australian outback. 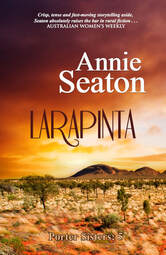 At a crossroads in her life, Sandra Porter knows she must find the courage to find her true self. She has lost her husband in tragic circumstances, and seen each of her adult children overcome adversity. Deciding it’s time to push her boundaries, she makes a booking to trek the Larapinta Walk across the centre of the remote Northern Territory.
World renowned nature photographer, Graysen Hughes has come to the outback seeking solace after the death of his wife. Always a loner, Graysen isn’t happy when the tour guide insists on the participants walking in pairs. At least Sandra Porter is quiet and keeps to herself.
After a suspicious accident and the sudden disappearance of their guide, the group struggles on, but then another accident occurs. It soon becomes obvious that someone doesn’t want them to complete the trek. Without any means to call for help, Graysen and Sandra flee into the bush in an attempt to stay safe.
Can they survive the wilderness in the heat and the rugged conditions, and can they both keep their hearts intact as they learn to rely on each other?