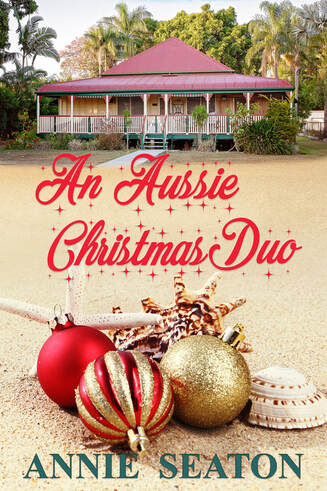 Find your book here
Her Christmas Star
Two weeks before Christmas, broke, recently dumped and with no family to turn to, Lisa Greer has no choice but to take a position as personal assistant to bitchy, aging movie star, Tasha LeClair. After being belittled by Tasha, Lisa is almost hit by a car, only to be saved by the handsome French actor, Julien Joubert. When the sexy Frenchman offers her a job as nanny to his daughter, she’s cautious of a man who stirs her broken heart. Lisa is reluctant to accept, given her attraction to the suave movie star, but is forced to agree when Tasha sacks her.
The world thinks Julien has it all—looks, money and fame but his glamorous lifestyle hides tragedy and guilt. Lisa is a breath of fresh air in his, and his daughter’s life, but he’s sworn to never love again.
When unexpected heat ignites between them, will he find the courage to face his demons?
Christmas With the Boss
Jilly Henderson was looking forward to a week of bliss at the beach: alone, no work and no one to bother her. The last thing she expected was to find her hunky boss holidaying in the beach shack next door. He looked mighty different to the uptight executive she was used to. He'd shed the suit and turned into a surf god.
Dominic is horrified that Jilly is living in the old shack. Rumour has it that it's haunted. He wants her to move but she digs in.
Can she ignore his charms...and who is the secret visitor who won't leave her in peace?
Buy links