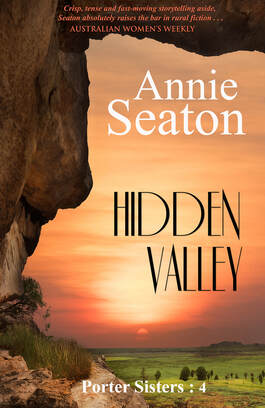 Set in the harsh countryside west of Kakadu National Park, this is a thrilling mystery about hidden family secrets and finding love in the harsh Australian outback.
Happily working on her family’s macadamia farm in the rolling hills of northern New South Wales, Dee Peters receives an enigmatic letter hinting of family secrets, and the prospect of her inheriting a cattle station in the Northern Territory outback. Torn in many directions: the request that she meet with a solicitor in Darwin, the evasive behaviour of her parents and the opposition of family friend and her—almost—fiancé, Rodney Andrews, Dee’s contented life is suddenly thrown into turmoil.
The last thing she expects is to inherit a sprawling cattle station in the rugged outback, but she travels to the Territory to find the truth of the inheritance. Intrigued by the vague hints of the elderly solicitor, Dee decides to stay on the station for six months while she attempts to make sense of the past.

Ryan Carey has managed Wilderness Springs cattle station since his father died suddenly. Devastated when he discovers the property has not been bequeathed to him, the last thing Ryan expects is the arrival of a woman, and one who is keen to take over the running of the property. With reluctance, he agrees to work with Dee, but as she tries to make sense of why the property was left to her, a chilling secret from the past will shock them both.
​
As Dee and Ryan attempt to uncover the secrets of Wilderness Springs, it soon becomes very clear that someone will do anything to stop them discovering the truth.
Set in the harsh countryside west of Kakadu National Park, this is a thrilling mystery about hidden family secrets and finding love in the harsh Australian outback.